Semi annoyed and amused with my son's English composition assignment.. 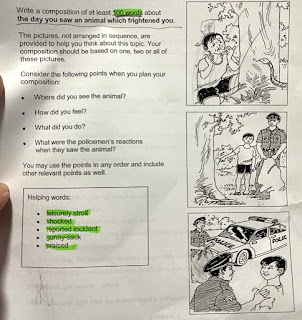 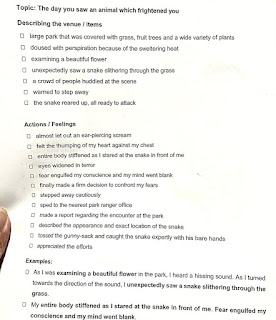 "Mama, why don't I see Papa around anymore?" said the baby snake.
Mama snake sighed and said, "Let me tell you a story".
One fine day, Papa was sunbathing on a tree branch. Minding his own business, until a young hairless ape spotted him and let out an ear-piercing scream. Papa was terrified and tried to slither away. Unfortunately, he didn't warm up enough and he could only hide nearby. Soon, the young hairless ape came back with an adult hairless ape in a blue uniform. It was strange, the uniformed ones usually don't catch us. So Papa let his guard down.

It was a mistake.