"Pardon my blur photo.. 1st time using my new lens then and this dove was so elusive. lierally chasing him around the forest..."

the photo is pretty sharp i feel heh check out this bird it seems to be uncommon in sg
link
Posted by Kevin at 3:20 PM No comments:

edit: added this google maps thingy. p.s. click on the satellite pic to see it in full glory!
p.s. coords are inexact now...

WOW! i was like shark??!?!???
haha boy was I lucky to have eagled eyed companions for today's teamseagrass survey. Sharp eyed Robin also identified the black tip which I can only verify later from my shots.
albeit blur and small.. (darn I need an canon IS telephoto zoom!!!)
you can roughly see the shark in mid day!

detailed account:
we were going for a tour of P.Semakau after a tiring seagrass survey and fighting the mozzies on the trail back. Just when we thought that's all the island had to offer us for the day. Someone shouted 'Shark!'. The nice bus driver slowed down the bus and then eventually stopped. Everyone was in disbelief and denial and there were quite a few 'where got??' (add to the fact that we were kinda late for the boat) so nobody really wanted to leave the bus until Robin gave an inspiring shout of " Get off the bus to see clearly lah!"
hahah so that's how i got the shot.. ;p

from wildsingapore:
Dolphins sighted in Singapore! with video clips!
on the habitatnews blog
http://habitatnews.nus.edu.sg/index.php?entry=/marine/20070407-dolphin_video-st_johns.txt
Posted by Kevin at 12:01 PM No comments: 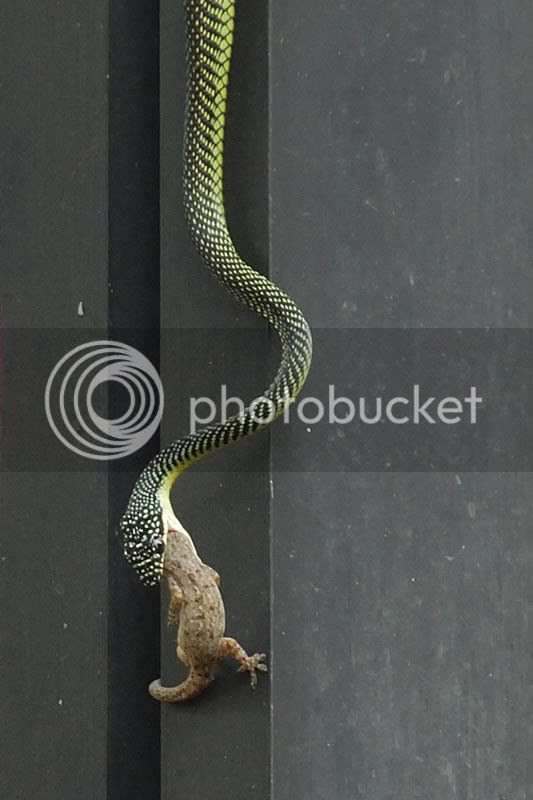 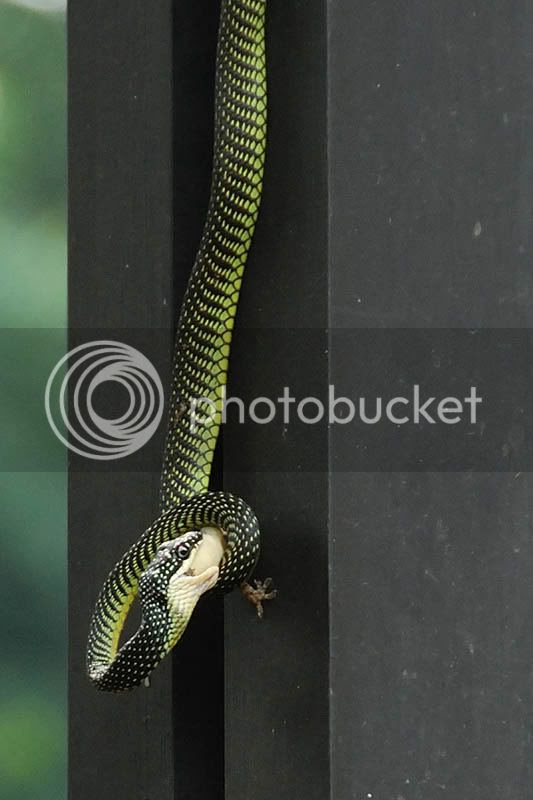 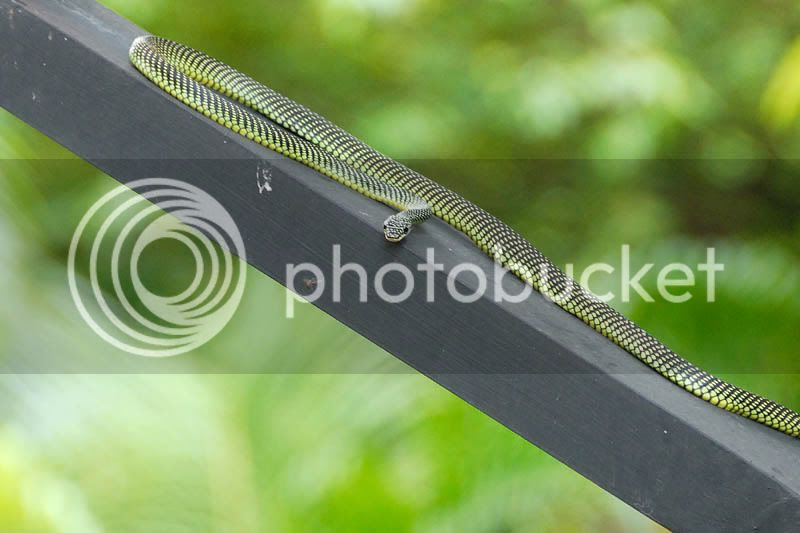 Wow
I haven't seen the snake in the wild before but this lucky guy got it eating a gecko!

thanks to Francis for graciously providing the images for use here. all copyrights remain his :)
link 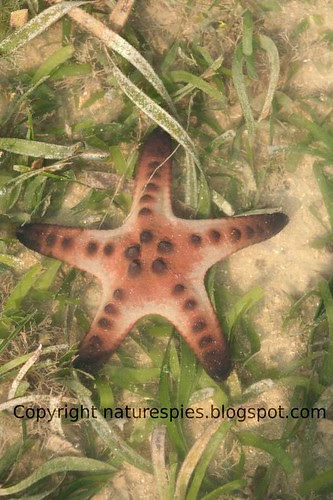 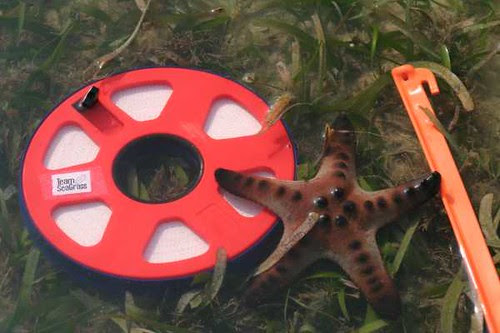 spotted this knobbly seastar (Protoreaster nodosus) at Cyrene reefs while helping out with teamseagrass surveys. Guess it wanted to join in the survey? haha sorry you are not big enough yet!

p.s. No seastars were moved in this posed shot. gears were surrepitiously moved around it instead lolz